Create an Account - Increase your productivity, customize your experience, and engage in information you care about.

City of Progress: This is to signify how progressive Festus has become. We have a very progressive Mayor and council as well as, the citizens of Festus who have shown their progressiveness with the passage of many city and school bond issues. 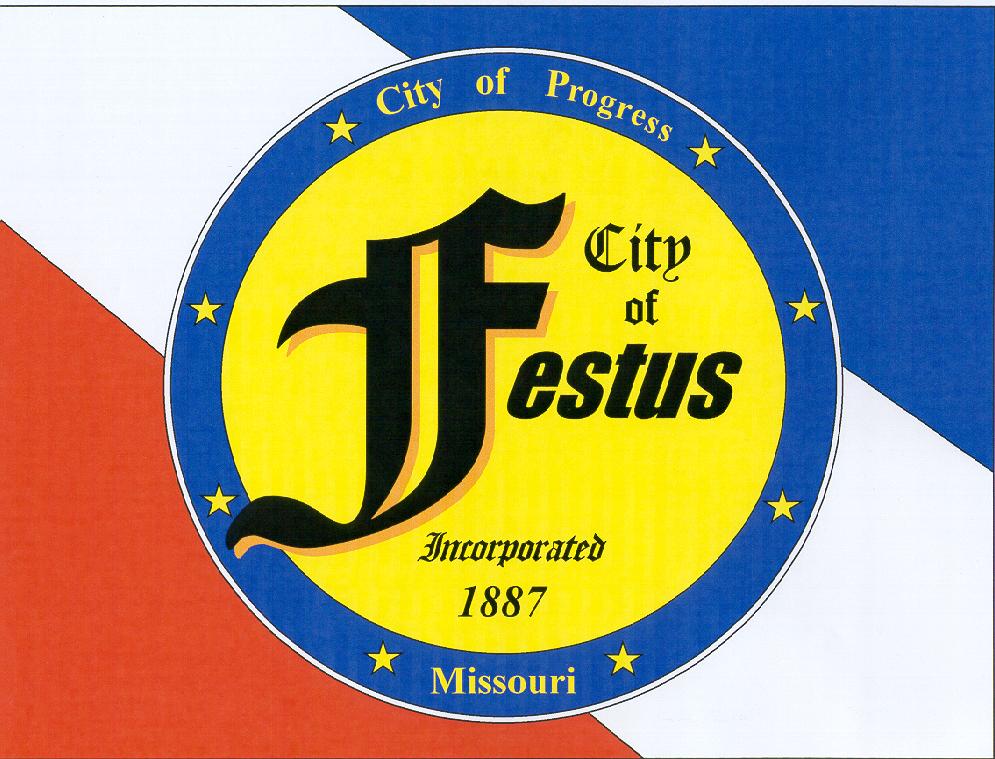 The Blue and Yellow Round Seal: In the center of the flag is the new City seal. It's round like the top of a rotunda. It is also yellow like the sun, which represents joy. "Festus" also means joy. It is a round seal of pride enclosing our historical city name and the mixed font styles and their historical definitions.

The Mixed Styles of Type and their Historical Meanings to the Flag: The old style of type "Diploma," was used to indicate the diplomacy that was needed in the past to incorporate back in 1887. The new style type "Impact and Times New Roman," signified the progressive impact the City of Festus is having at present and the diplomacy that will be needed in the future as times become new...thus the definition of the font, "Times New Roman." The Roman part meaning that it was a Roman official named "Festus" of biblical times who the City of Festus was named after.

Incorporated 1887: On February 8, 1887, a petition was presented to the County court for incorporation. Fourteen days later on February 22, 1887, a proclamation was signed and a first Mayor, Zeno Larose, was installed.

This information was provided by John O. Baynes.